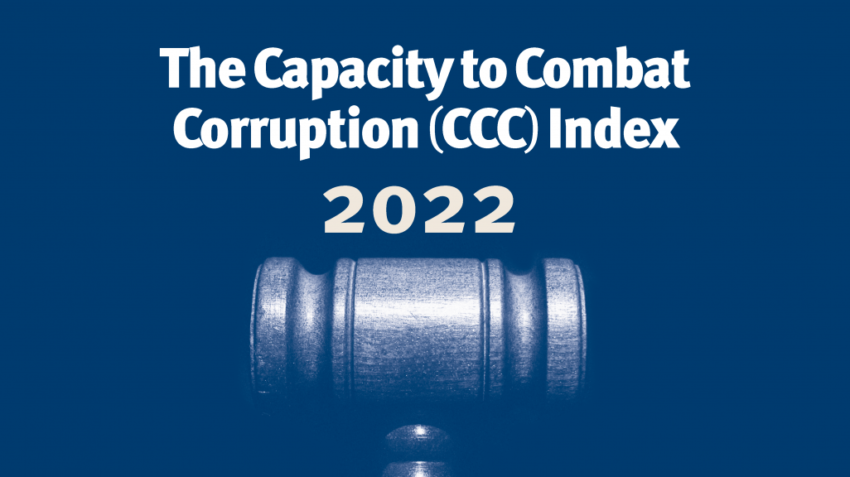 The fight against corruption presented a mixed picture throughout Latin America over the past year. Some countries showed resilience, while others, including the region’s two largest countries Mexico and Brazil, saw new setbacks for key institutions and the anti-corruption environment as a whole. For many citizens across the region, corruption has taken a back seat to other issues like inflation and the continued fight against COVID-19. Some governments are reducing their commitment to anti-corruption efforts, while others are pressing ahead with efforts to strengthen independent institutions. The overall scenario in 2022 was one of relative stability following the clear setbacks of recent years.

Against this backdrop, AS/COA and Control Risks are presenting the fourth edition of the Capacity to Combat Corruption (CCC) Index. The index is a data-driven analytical tool that was launched in 2019 to assess Latin American countries’ ability to detect, punish, and prevent corruption.

Rather than measuring perceived levels of corruption, the CCC Index evaluates and ranks countries based on how effectively they are able to combat corruption. Countries with a higher score are deemed more likely to see corrupt actors prosecuted and punished.

The CCC Index looks at 14 key variables, including the independence of judicial institutions, the strength of investigative journalism, and the level of resources available for combating white collar crime. These variables are divided in three categories: legal capacity, democracy and political institutions, and civil society and media. Countries’ overall scores are a weighted aggregate of these three categories.

The index relies on extensive data and on a proprietary survey conducted among leading anti-corruption experts from Control Risks, academia, civil society, media, and the private sector.