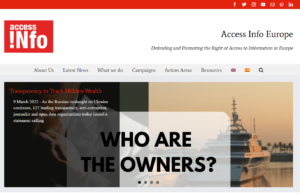 Access Info Europe is a human rights organisation dedicated to promoting and protecting the right of access to information in Europe as a tool for defending civil liberties and human rights, for facilitating public participation in decision-making, and for holding governments accountable.

Established by Japanese lawyers and researchers in 2016, ABCJ engages in anti-bribery measures such as the the Japan Federation of Bar Associations’ (JFBA) Anti-Bribery Guidance and the Tokyo Principles for Strengthening Anti-Corruption Initiatives.

Initially launched following a two-day workshop on March 24-25, 2010, ACAs is a virtual platform for anti-corruption authorities’ staff, practitioners and international actors to connect and learn about each other’s experiences. 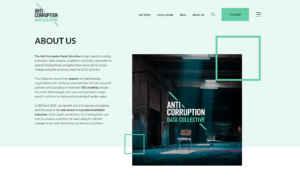 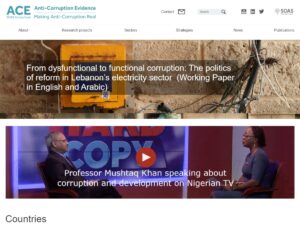 With £6 million in funding over five years from UK aid, ACE research consortium (led by SOAS, University of London) is responding to the serious challenges facing people and economies affected by corruption by generating evidence that makes anti-corruption real. 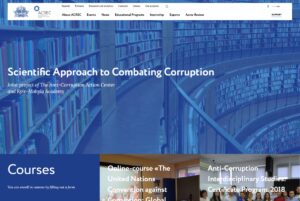 ACREC (ACREC) is a research centre which carries out educational and scientific activities and brings together domestic and foreign scientific-pedagogical and scientific workers, students, and practitioners in the field of prevention and counteraction of corruption. 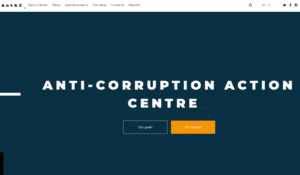 AntAC is a Ukrainian civil society organization that unites experts from legal, media and civic-political sectors fighting corruption. It was established in 2012 to promote the transparency and accountability of public bodies and the fight against corruption in Ukraine. It is funded by the citizens of Ukraine, USA and European Union.

Established in 2003 an Associated Institute of the University of Basel, we are a not-for-profit Swiss foundation dedicated to working with public and private partners around the world to prevent and combat corruption. 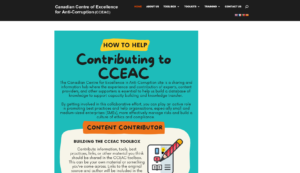 CCEAC’s mission is to be an academically based platform that encourages exchange and communication on corruption related issues. CCEAC, created in collaboration with the Royal Canadian Mounted Police, works with academic institutions, industry, private and public institutions and other stakeholders.

CiFAR was founded in 2015 to support civil society to campaign across borders to prevent public asset theft and support accountable and transparent asset recovery. It works to train civil society activists and journalists, network together actors working on different parts of ongoing cases, develop tools, and engage policymakers on asset recovery reform. 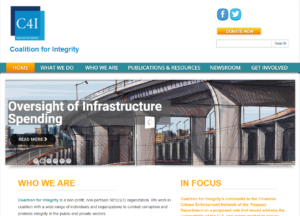 C4I is a non-profit, non-partisan 501(c)(3) organization working with a wide range of individuals and organizations to combat corruption and promote integrity in the public and private sectors. C4I was Transparency International-USA prior to March 2017. 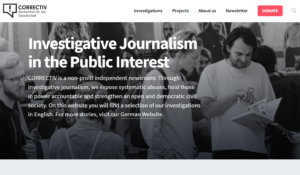 CORRECTIV is a non-profit independent newsroom. Through investigative journalism, we expose systematic abuses, hold those in power accountable and strengthen an open and democratic civil society. 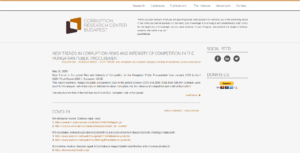 The CRCB is a non-partisan think tank financed by private donations and research funds. It aims to systematically explore the causes, characteristics, and consequences of the quality of government, problems of corruption, and regulatory failures using an inter-disciplinary approach.

The Corruption Risk Forecast was developed by the European Research Centre for Anti-Corruption and State-Building (ERCAS) and the Center for International Private Enterprise (CIPE). It builds on the Index for Public Integrity (IPI) launched in 2017, and the T-index (de jure and de facto computer-mediated government transparency) launched in 2021. 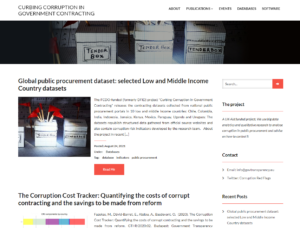 This project analyses how procurement can be manipulated for corrupt ends using a prize-winning ‘red flags’ methodology developed by Mihály Fazekas, collecting datasets of procurement tenders and contracts, with a range of variables that indicate corruption risk, and analyzing the data to identify suspicious patterns and trends, by procuring entity, supplier, and over time.

Founded in 2018, we developed four layers of detailed knowledge needed for reform: Listings of detailed corruption types in each sector; experiences of corruption reform; repertoire of realistic reform strategies; collation and guide to current reform efforts.

DIGIWHIST, an EU Horizon 2020 funded project, brings together six European research institutes to conduct systematic collection, structuring, analysis, and broad dissemination of information on public procurement and on mechanisms that increase accountability of public officials in all EU and some neighbouring countries.

ARC’s mission is to advance our understanding of the causes and consequences of corruption and support the development of new anti-corruption policies and initiatives, in Ireland and abroad.

The Group brings together scholars from different disciplinary, national and cultural backgrounds to further promote and deepen academic knowledge on corruption (including policy solutions) and the evolving concept of public integrity. 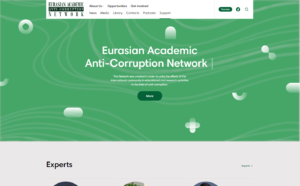 ERCAS was established at the Hertie School of Governance in Berlin in 2012. It studies state-building and corruption from a state-society perspective, with a focus on formal and informal institutions, governance regimes, and ethics.

The FACTI Panel is the United Nations’ High Level Panel on International Financial Accountability, Transparency and Integrity for Achieving the 2030 Agenda. It aims to improve the world’s chances of achieving sustainable development by making recommendations to combat illicit financial flows. 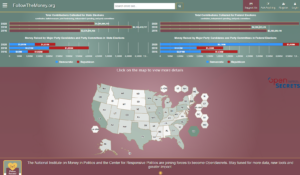 The National Institute on Money in State Politics is an American nonprofit organization that tracks campaign finance data. The organization publishes the Follow The Money website, where it compiles political funding information from government disclosure agencies.

Covering 199 countries and territories the Global Corruption Index (GCI) provides a comprehensive overview of the state of corruption around the world based on 28 variables. The index is published by Global Risk Profile (GRP), a Swiss company specializing in third-party risk management related services.

GIACC is an independent non-profit organisation which provides resources to understand, identify and prevent corruption in the infrastructure, construction and engineering sectors.

The GI-ACE research programme supports 14 research projects around the world generating actionable evidence that policymakers, practitioners, and advocates can use to design and implement more effective anti-corruption initiatives.

GTI is a non-partisan think tank researching and advocating good governance. It was founded in Budapest in 2015 to provide an independent, research-driven voice to the causes of transparency, anti-corruption, and good governance in Europe and beyond. 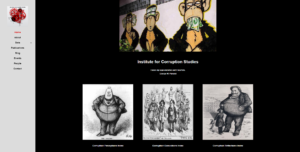 The ICS is an independent research institute within the Department of Economics at the Illinois State University, focusing on the causes and the consequences of different forms of corruption at the city, state, and national levels in the United States.

Founded in 2015 with the goal to reconcile varying perspectives into a constructive outlet for the progression of scientific research on corruption.

Initiated by the UNODC and other stakeholders in 2011, IACA offers standardized and tailor-made trainings, academic degree programmes, opportunities for dialogue and networking, and anti-corruption think-tank and benchmarking activities.

MACN is a global business network working towards the vision of a maritime industry free of corruption that enables fair trade to the benefit of society at large. Established in 2011 by a small group of committed maritime companies, the network has grown to include over 130 companies globally.

OCP is an independent non-profit public charity working to bring transparency and accountability to government contracting by promoting open contracting principles and practices at the global level, and strengthening the implementation of open contracting at the national, regional, and city levels.

OGP is a multi-stakeholder initiative (including 77 countries, 106 local governments, and thousands of civil society organizations) focused on improving government transparency, accountability, and responsiveness to citizens. 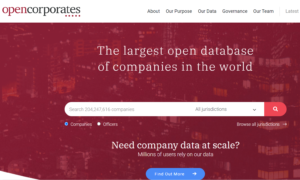 OpenCorporates is a private online database founded in 2010 that provides its users with information related to >90 million companies in the United States and around the world. Its data is used by the World Bank, LinkedIn, Stripe, Creditsafe, and more.

Open Ownership is a non-profit run by a small, expert team well positioned to support countries implementing beneficial ownership transparency (BOT). Our day-to-day management relies on an executive team who are overseen by a Steering Group made up of leading transparency and accountability organisations.

OpenSanctions is an international database that combines the most relevant sanctions lists, databases of politically exposed persons, and other information about persons in the public interest into a single, easy-to-use dataset. The data and the code used to make it are distributed for free. 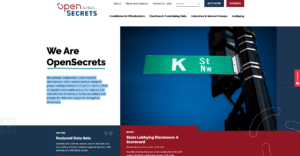 Nonpartisan, independent and nonprofit, OpenSecrets is the premier research group tracking money in U.S. politics and its effect on elections and public policy. Their mission is to track the flow of money in American politics and provide the data and analysis to strengthen democracy. 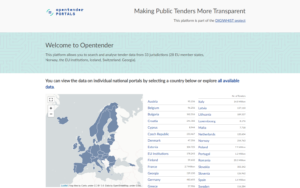 This platform allows you to search and analyse tender data from 33 jurisdictions (28 EU member states, Norway, the EU Institutions, Iceland, Switzerland, Georgia). You can view the data on individual national portals by selecting a country from the list or explore all available data.

PACI has become the leading business voice on anti-corruption and transparency. It is one of the World Economic Forum’s strongest cross-industry collaborative efforts and is creating a highly visible, agenda-setting platform.

This blog is intended to be a collection of articles, reports, podcasts, etc., concerned with money laundering, UN and EU sanctions, export controls, trade controls (trafficking and brokering), terrorist financing, and related matters.

ARAC is a joint initiative of the Executive Secretariat of the National Council of Transparency Against Corruption Panama, and the UNODC. The Academy was officially opened on November 1, 2012 in Panama City and follows the standards and principles of the International Anti-Corruption Academy (IACA).

Established in 2013 by decree of the Emir of the State of Qatar, ROLACC is an international Center dedicated entirely to the fight against corruption, the preservation of the Rule of Law, and their study. 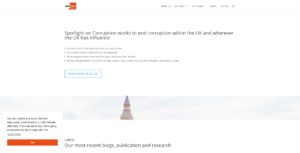 Spotlight on Corruption works to end corruption within the UK and wherever the UK has influence. It has grown out of highly regarded work on the enforcement of UK anti-corruption laws led by its Executive Director, Susan Hawley, at Corruption Watch UK.

The Centre for the Study of Corruption (CSC)

The CSC is an internationally renowned centre of excellence for research and teaching on corruption, combining cutting-edge academic approaches and research with practical experience.

GAB is devoted to promoting analysis and discussion of the problem of corruption around the world. This blog is intended to provide a forum for exchanging information and ideas across disciplinary and professional boundaries.

The Vancouver Anti-Corruption Institute is dedicated to the advancement of the Rule of Law in Canada and abroad, with an emphasis on anti-corruption and anti-money laundering efforts. We strive to to develop domestic and international networks to combat corruption and support legislative change. 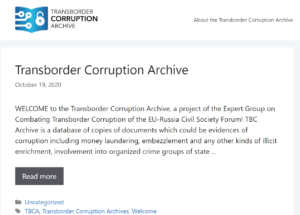 The Archive is a project of the Expert Group on Combating Transborder Corruption of the EU-Russia Civil Society Forum. The Archive is a database of copies of documents which could be evidences of corruption and any other kinds of illicit enrichment of state officials, businesspersons, as well as their supporters/enablers around the world.

U4 Anti-Corruption Resource Centre (U4)

U4 is a permanent centre at the Chr. Michelsen Institute (CMI) in Norway. We have studied how corruption threatens development outcomes since 2003.

This website is sponsored by the law firm Seeger Weiss LLP (with offices in New York, New Jersey and Philadelphia) with the goal to provide information on qui tam law and how to take action against companies that commit fraud.